These 7 beauty trends taking over in 2022, according to Cosmo

FOLLOWING: Montana State will be heading to the Holiday Beach Classic during the Thanksgiving break for a pair of non-conference games. Hosted by Cal Poly in San Luis Obispo, the Bobcats face North Texas on Friday, November 26 at 3:30 p.m. (MT) at the Mott Athletics Center. Montana State meets Cal Poly on Saturday, November 27 at 3:30 p.m. to wrap up the tournament. The Bobcats will face the Mean Green for the first time and meet the Mustangs for the fourth time. MSU has a narrow 2-1 advantage in their all-time series with Cal Poly.

BOBCAT BITES: In their two-game road swing through the Dakotas last week, the Bobcats were led by a junior point guard Darian White, who averaged 13 points, 4.5 steals, 4.0 assists and 2.5 rebounds per game. Also averaging in double digits, the second-year forward Lexi deden, who had 10 points and 5.0 rebounds per game. Deden, a product of Missoula, posted his first collegiate double-double with 17 points and 10 boards at UND.

ABOUT NORTHERN TEXAS: North Texas is 2-2 overall, having lost a 75-74 decision to UT Arlington on Saturday in Denton. The Mean Greens were led in the loss by Quincy Noble and Aly Gamez, who scored 18 and 17 points respectively. Over the season, Noble, a 5-10 native of McKinney, Texas, averaged 15.5 points and 5.3 rebounds per game. Gamez, a 5 to 6-year-old graduate student from Irving, TX, scores 10.5 points, 7-0 rebounds and 4.0 assists per game, while shooting 45.2 percent from the field. Mean Green’s two wins came from Oklahoma University of Science and Arts (93-58) and Howard (94-56).

ABOUT CAL POLY: Cal Poly is 0-2 this season, having lost a 72-32 decision to No.10 Louisville on Tuesday night at the Mott Athletics Center. Sarah Dumitrescu, a 6-foot rookie from Bucharest, Romania, led the Mustangs with 12 points and four rebounds, while Cal Poly shot just 20.3 percent from the field and 11.8 percent from the field. beyond the arc. The Mustang also suffered a 91-77 loss to Santa Clara on November 10. In their game against the Broncos, Cal Poly was led by Maddie Willett and Sydney Bourland with 18 and 13 points, respectively. Cal Poly will face St. Thomas on Friday in their first game of the Holiday Beach Classic.

I DARE: Darian White, a preseason All-Big Sky Conference selection, leads the Bobcats in points (12.8 points per game), rebounds (4.6 rpg), three points (1.0 / g), assists decisive (16) and interceptions (13). She has scored in double digits in all five games, including a season-high 15 points at Gonzaga. The reigning Big Sky Conference Defensive Player of the Year posted a season-high eight rebounds against the Zags. Last weekend, the Boise, Idaho product averaged 13 points, 4.5 steals, 4.0 assists and 2.5 rebounds per game against South Dakota State and the North Dakota. At UND on Saturday, White recorded a career-high seven interceptions. She is now 37 fewer flights than to enter MSU’s all-time flight chart. She currently has 3.2 assists per outing.

ASHLEY REWARDS: Senior Ashley Van Sickle has appeared in all five games this season and is averaging 4.4 points and 1.8 rebounds per game. The Arvada, Colo. Product recorded the season’s best eight points in MSU’s season opener against Carroll College. She also recorded three rebounds, an assist and a steal against the Saints. Van Sickle is shooting 34.8 percent from the field and is four of four at the free throw line. Van Sickle had his best outing last week in South Dakota, scoring five points, including a 3 in 15 minutes of action.

DON’T SHIT WITH TEXAS: Leia Beattie has played in all five of the Bobcats’ games, including three starts. So far this season, she’s averaging 5.2 points and 3.2 rebounds per game. Beattie had her best outing of the season in North Dakota with 11 points, two rebounds, one assist and one steal. She went four out of four to the line. Last season, Beattie played 23 of 24 games and averaged 3.7 points per game. She scored a career-high 14 points against Northern Arizona last January. Beattie comes to Montana State with a familiar Treasure State pedigree. Her mother, Kelly (Pilcher) was twice selected in the All-Big Sky in Montana and is sixth all-time in assists. Plus, his 15 assists against Boise State and Northern Arizona still rank first in game history. Beattie’s aunt / trainer at Midland Christian Academy, Carla (Beattie) Cunneen, is also a former Lady Griz and was Big Sky’s sixth player of the year in 1996.

OUT ON A LIMB: Second year Katelynn Limardo started the Bobcats’ last four games, having opened the season with 16 points and seven rebounds against Carroll College coming off the bench. The product of Silver City, NM (a town where lawyer Harvey Whitehall was the first to arrest Billy the Kid, known at the time as Henry Antrim in 1875), averages 6.2 points and 4.0 rebounds per exit. In addition, Limardo shoots 41.7% from the field. Last weekend, she scored 13 points and posted eight best rebounds of the season in North Dakota. Last winter, she started in all 24 games and averaged 6.6 points and 4.5 rebounds. Limardo enjoyed his best game of the 2020-21 season in Eastern Washington on February 13, scoring a high of 17 points. Against EWU, she connected at 6-6 on the court and 5-5 at long distance.

KEEP THE DEDEN POWER SUPPLY: Lexi deden, a 6-1 Missoula sophomore forward, is second on the team with an average of 7.4 points per game. She also withdraws 4.6 boards per contest. Deden had his best outing of the season last Saturday in North Dakota. Against the Fighting Hawks, she recorded her first college double-double with 17 points and a career-high ten rebounds. For the game, she went four of nine to the field and nine of ten to the charity strip. Last season, Deden recorded a career-high 22 points in MSU’s win over northern Arizona on Jan.23 when she connected 10-14 from the field. The name Deden is also familiar in Montana basketball circles. Deden’s mother, Dawn (Silliker) played in Montana from 1984 to 1988. At UM, Silliker scored 1,000 points and was an all-Mountain West pick. Additionally, Lexi’s aunt and former Sentinel High head coach Karen Deden has made her mark in Washington and is part of the Husky Hall of Fame.

CONGRATULATIONS TO KOLA: Junior Kola Bad Bear has played in all five games, including three starts. Over the season, the 6-2 forward averaged 3.2 points and 2.4 rebounds per game. Bad Bear had his best outing of the season at UNLV on November 13, posting six points and six rebounds, while shooting 42.9 percent from the field. Bad Bear had his best Portland State outing last winter on Jan. 14, posting a career-high 16 points.

ALL JACK UP: Junior Madison Jackson has played in all five games, including starting the last two games in the Dakotas. Jackson had his best performance against North Dakota with six points. She also had two interceptions and one offensive tip. Last season, the Parma, Idaho native had her best game as the Bobcats beat Idaho State at Worthington Arena. Against the Bengals, Jackson scored a career-high 20 points, including 13 in the first half. For the game, she connected on 6 of 9 on the field, including three at 3 points.

MENTIONING MIA: First-year student Mia Hugues played five games, including three starts. The Woodinville, Wash. Product is averaging 4.0 points and 3.8 rebounds per game. Hughes had his best outing of the season in North Dakota last Saturday afternoon, registering seven points and six rebounds. All of her points came at the free throw line where she went to seven of eight in the strip. Hughes currently hits a 90.9% (10-11) clip off the line.

RARE AIR: First-year student Lindsey Hein is the tallest player (6-6) to ever wear blue and gold. The Forsyth, MT native has played all five games, including two starts. In the season opener against Carroll College, she came off the bench to score a high 16 points, while picking up seven rebounds. Hein is the first on the team to shoot 57.9% from the field. She is averaging 5.2 points and 2.8 rebounds per game. Last weekend Hein had his best outing in South Dakota with six points and three rebounds in 12 minutes of action.

RANSON NOTE: Second year Ava ranson averaging 5.5 points and 1.0 rebounds per game for the last time in South Dakota and North Dakota. The Boise, Idaho 5-10 product had his best game against the Jackrabbits. At SDSU, Ranson recorded eight of three-to-nine points from the field, including a pair of three points.

Previous Delayed for the Holidays: How to Shop in a Supply Chain Slow
Next Mesh Experience launches a marketing measurement approach | New 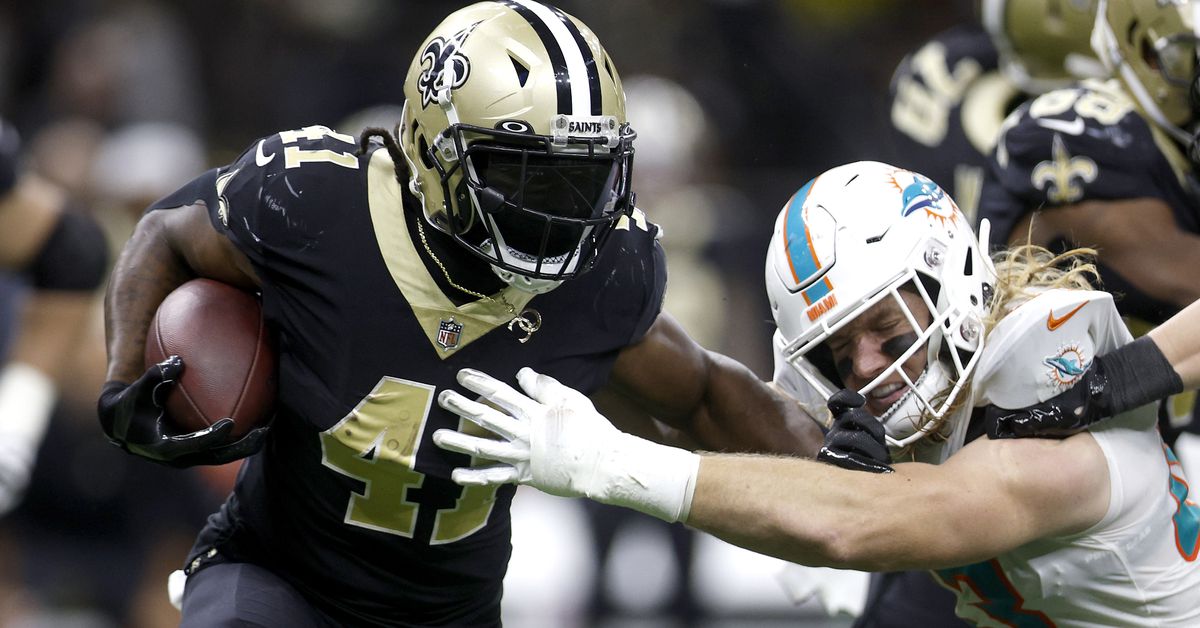